FOSTEr in MED at the Beirut Energy Forum

September 2014 – In the framework of Beirut Energy Forum, Mr. Naji Abi Zeid, the manager in Lebanonof the EU funded project FOSTEr in MED spoke about the 4.5 million euro solar project involving the implementation of a pilot photovoltaic project.

During his intervention, Mr. Abi Zeid mentioned that FOSTEr in MED’s team is working on equipping the Industrial Research Institute of Lebanon with Building_Integrated Photovoltaic panels with a capacity that can go up to 20 Kw/peak.

“It’s the first time in Lebanon that such technology is used on a building. At the end of the project and with the implementation of such innovative solar technology on a public building, citizens, engineers and contractors can test, verify and directly see the shape and the efficiency of building-integrated photovoltaic technologies. Moreover, the project will be regularly monitored in order to test itsperformance .”

According to Mr Abi Zeid, many bugs may still hinder the progress of innovative solar technologies in Lebanon. Such bugs might be political or simply based on citizens’ day to day concerns. FOSTEr in MED’s polls results will be a prime indicator on the current practices and preferences, and their overall perception of the use of innovative solar technologies, compared to the use offossile driven energy. .

“We are working on finding solutions to such hindrances, on the community and on the legislative levels, since we strongly believe that photovoltaic technology is one of the most promising renewable energy alternatives of the future.”

Beirut Energy Forum is the largest event in Lebanon dedicated to energy efficiency, renewable energy and green buildings, and one of the most distinguished events in the Arab world. Its 5th edition was held under the patronage of the Lebanese Minister of Energy and Water H.E Mr. Arthur Nazarian, and organized by the Lebanese Center for Energy Conservation (LCEC). 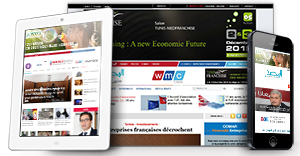